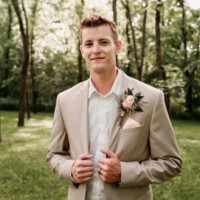 Austin’s career started in hospitality, where he worked at a variety of 4-star hotels in Saint Louis, Missouri, and Tampa, Florida. No matter his role, Austin found himself drawn to technology and how it could be used to streamline processes to make everyday life easier for both the guests and his co-workers. After much encouragement from his wife to transition into a career in IT, he obtained networking certifications. Austin got his first IT job working on the internal support desk for Spectrum. His focus on customer service allowed him to do very well in that position and, after his contract ended, he and his wife moved to Fort Myers, where he met Joe and joined the OCS IT team.

When not solving technology challenges for his clients, Austin enjoys watching movies and spending time with his wife and their three cats.

Call 844.OCS.TEAM To Get Started Today!

We began working with OCS IT and Joe Goldstein nearly 2 years ago. If you have a physician practice and are needing IT support, this is the company to work with! Joe’s background in HIPAA compliance, coupled with his knowledge of medical practices and networking systems is second to none! We’ve made many strides in the right direction assuring our network is not only secure but that we also run efficiently. When a computer or networking issue arises, OCS IT is timely and knowledgeable in helping to resolve the issue. As a Practice Administrator, my team is grateful for the working relationship and support we receive from OCS IT!